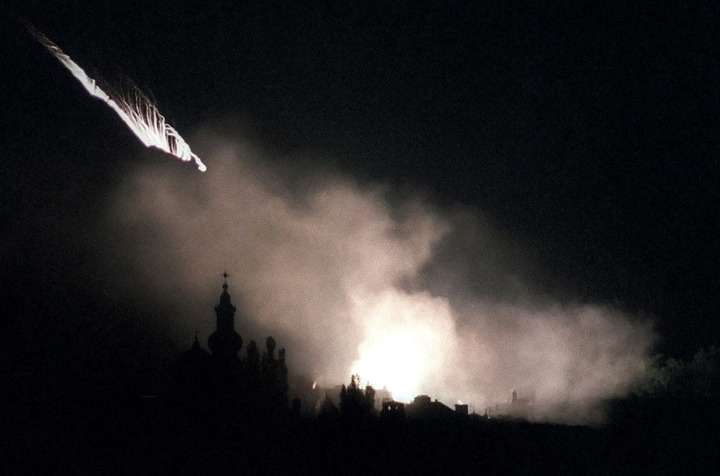 This was a 1 track album of experimental-music / noise I made as a part of my study/interest in the Yugoslavian War, in particular the controversial NATO/US aerial bombing of the Chinese Embassy in Belgrade. Some of the audio was taken from video footage I could find of the war.

It was released under the alias ‘delire’ and performed once in the artist-run-space Plant Syntax, Melbourne, 1998.

A 36Mb audio file is available in the Ogg format. It is free for redistribution under the Creative Commons Attribution-ShareAlike 3.0 Unported license.