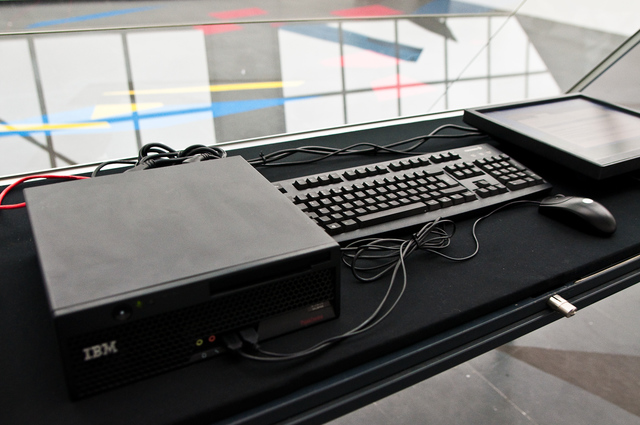 Discovered in June 2010, the Stuxnet Virus is considered a major cyber weapon.

Initially spreading via Microsoft Windows, it targets industrial software and equipment and is the first discovered malware that spies on and subverts industrial systems. Its primary target is the Siemens Simatic S7-300 PLC CPU, commonly found in large scale industrial sites, including nuclear facilities. Most evidence suggests this virus is a U.S/Israeli project designed to sabotage Iranian uranium enrichment programs.

Solitary Confinement is a small, non-interactive installation comprising a computer quarantined within a glass vitrine that has been deliberately infected with the Stuxnet Virus. It sits in a vitrine, powered on, with one end of a red ethernet network cable that is connected to the gallery network laying unplugged near the port on the PC.

The vitrine cover is screwed down and the cable cannot be accessed.

Here the visible state of disconnection evokes both a volatile, techno-poltiical tension and an aura of anxiety; Stuxnet, one of the world’s most dangerous works of software, needs only a connection to the Internet to continue its destructive quest. 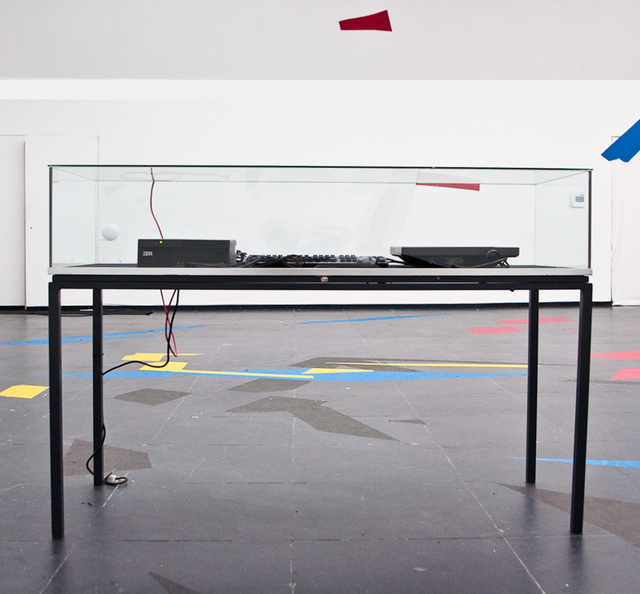 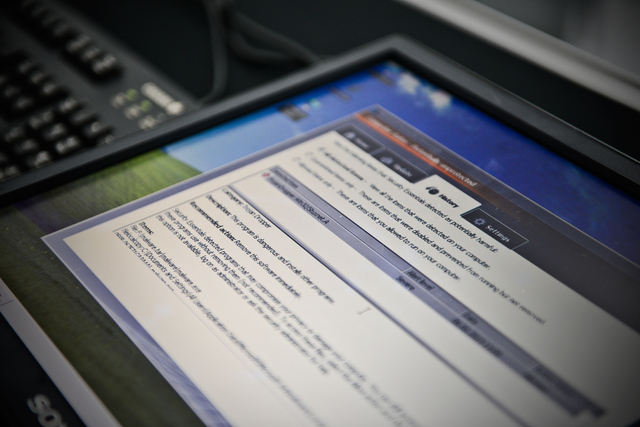 Please see this page for explorations of this software weapon as a volatile material for investigation.