Mobile network jammer in the form of a battle tank 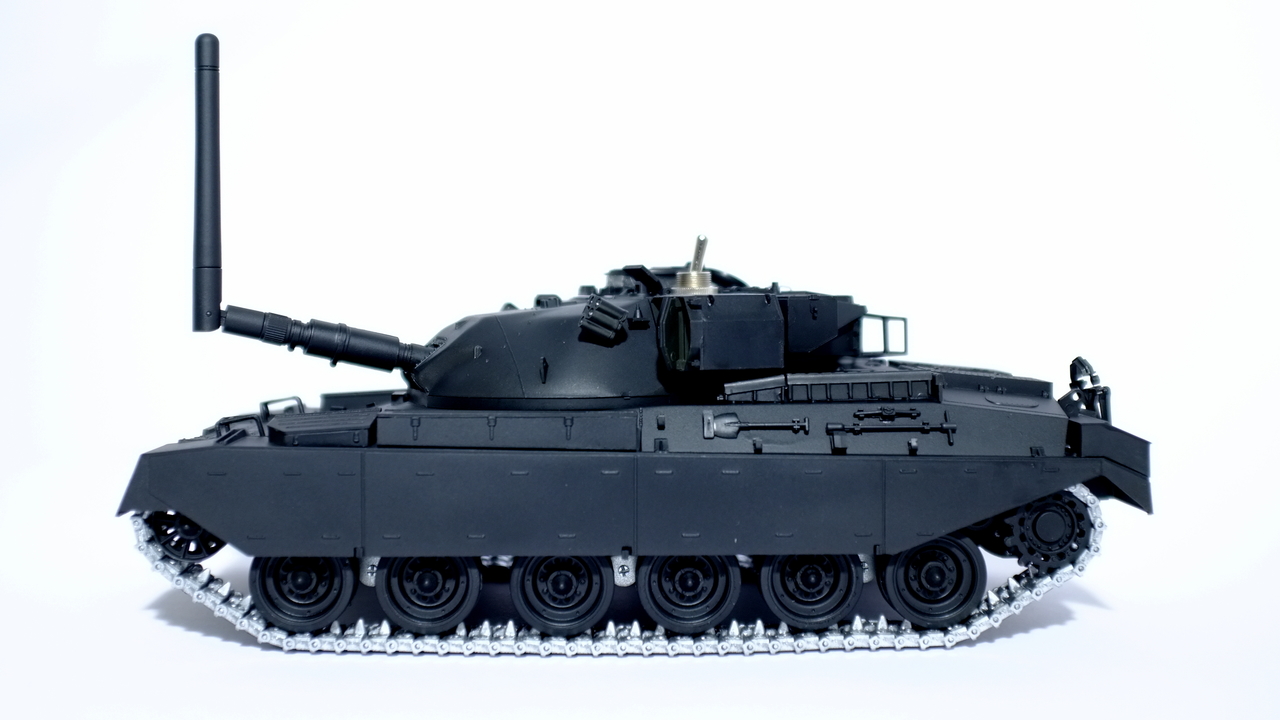 With the flick of a switch No Network implements a blanket ban of mobile telephony in its presence. All access to the cellular (mobile) network within a 6-15m diameter aura around the object is jammed, including calls, SMS and data connectivity.

In an age of mass, persistent communication, the right to not be contactable, to be ‘off-the-grid’, is enforced in the company of this object. 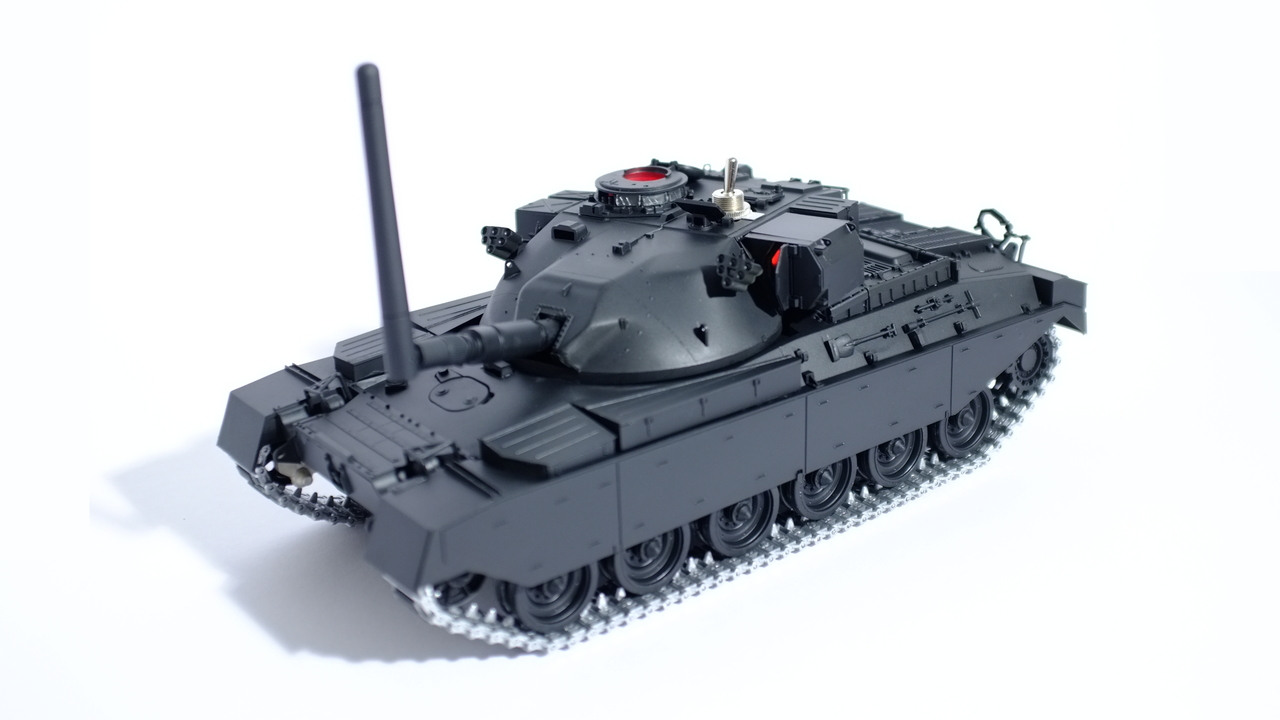 No Network is the second in a series exploring fully functional, poetic manifestations of ‘cyber warfare’ and ‘cyber weapons’, following the Transparency Grenade. Two other tanks were completed also, blocking communication of GPS location services (No Point) and 802.11 (WiFi) wireless networking (No Internet). 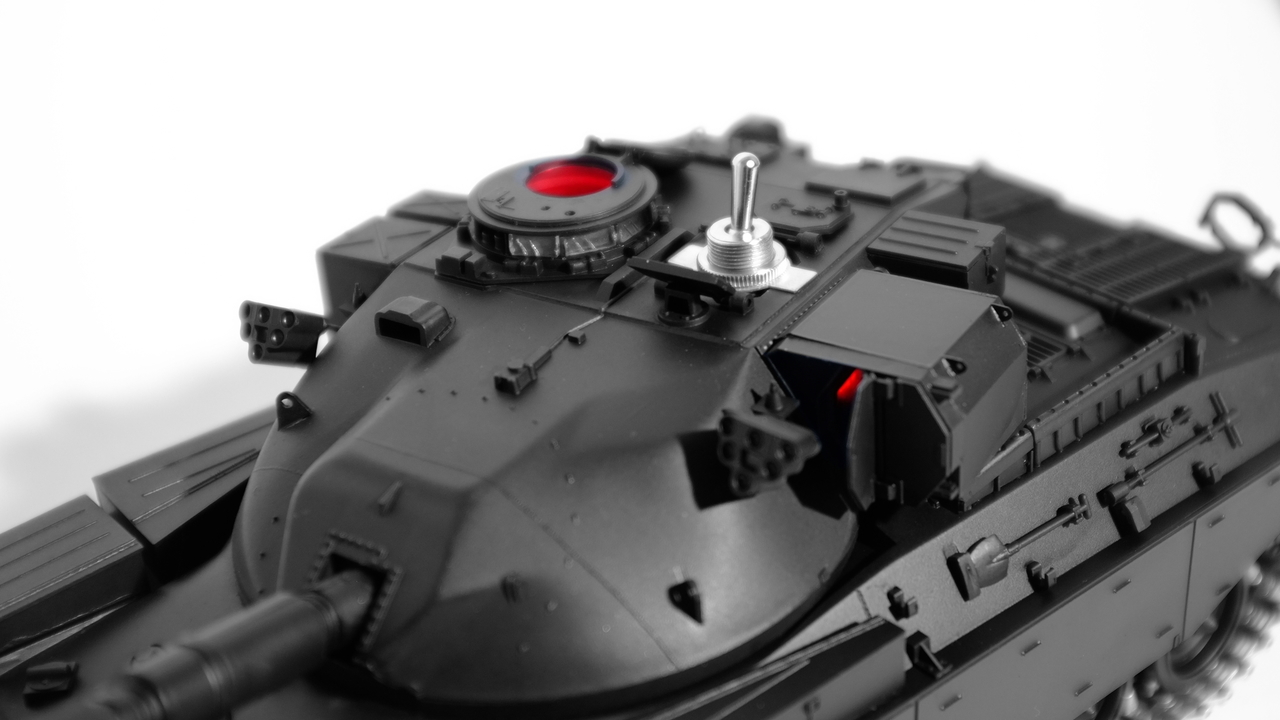 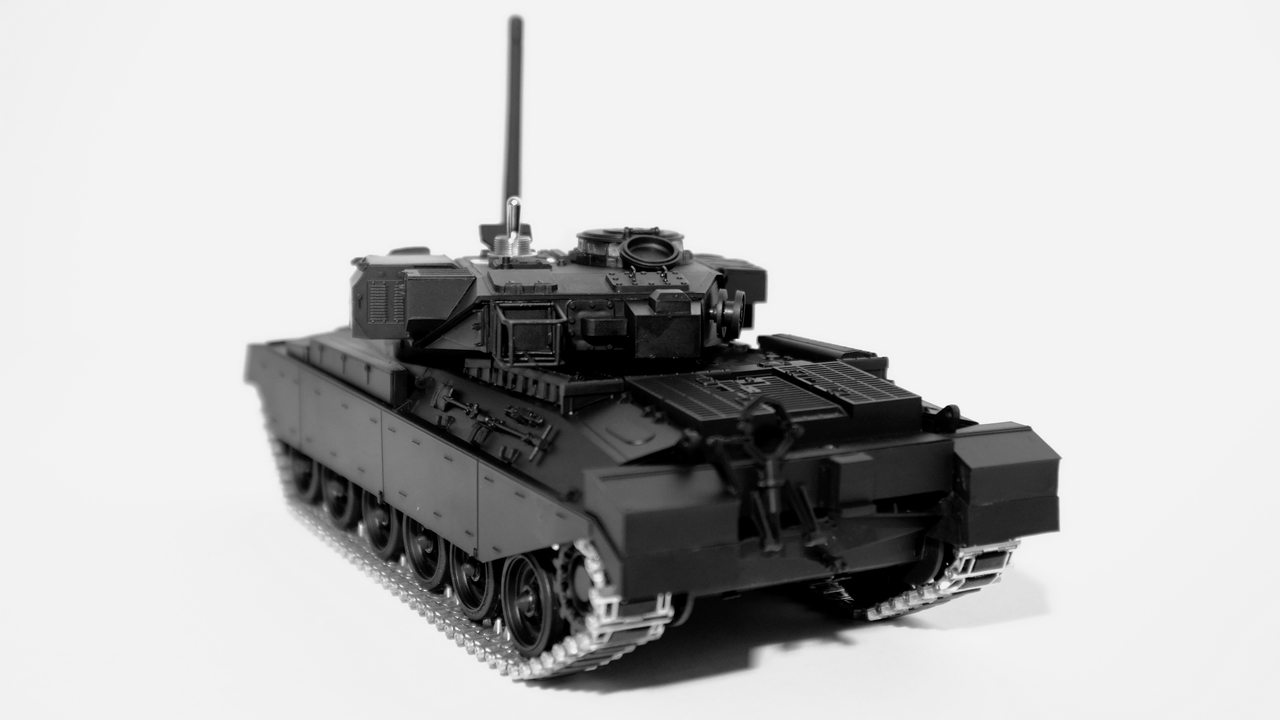 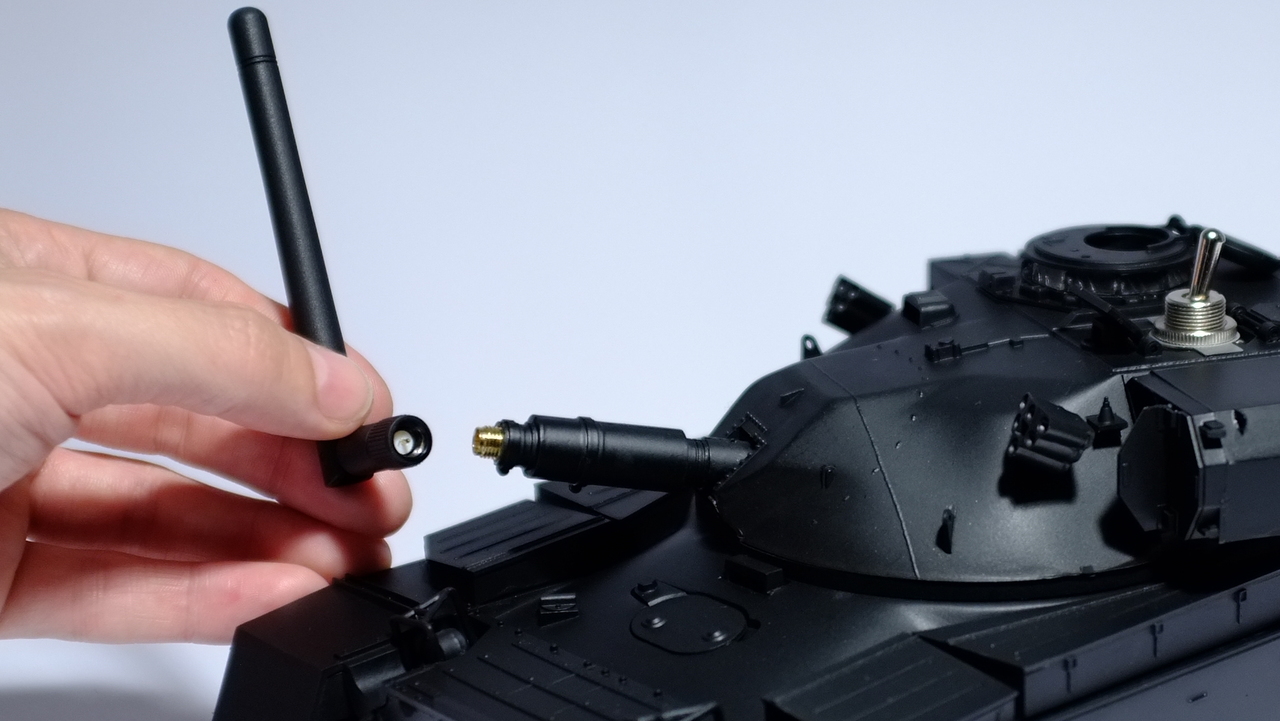 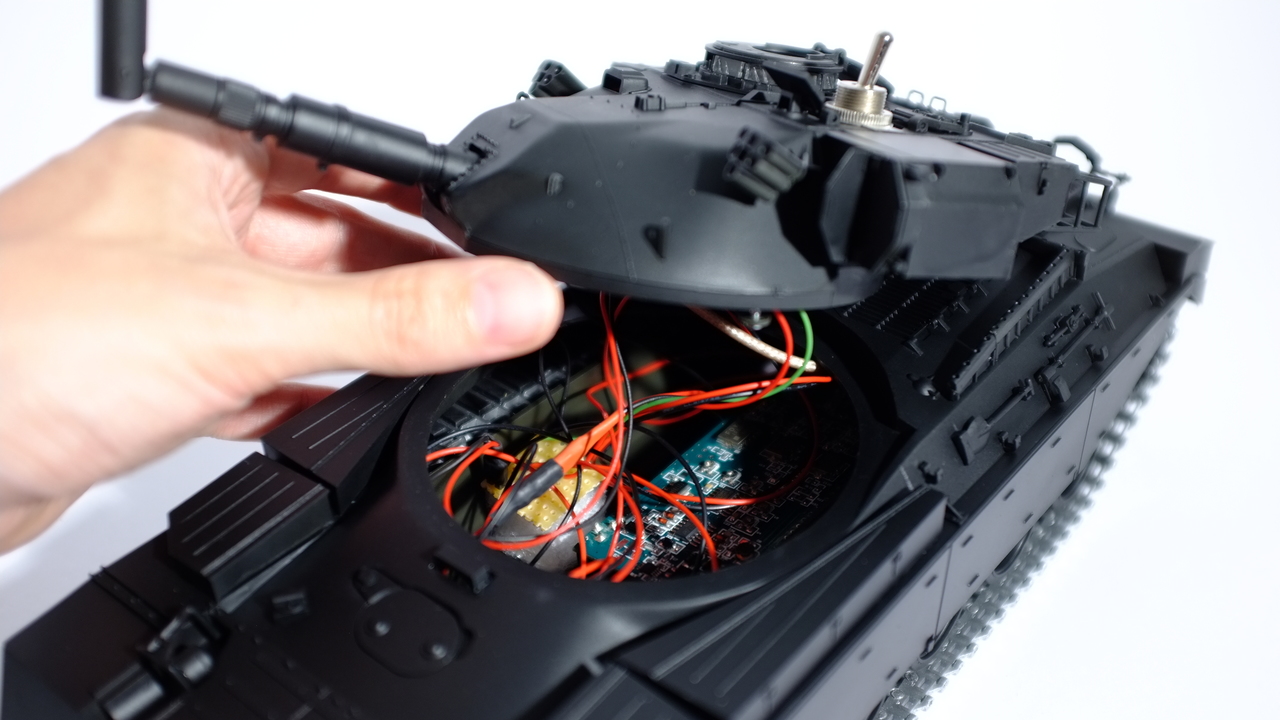 The tank model was built from hundreds of parts, each of which were sprayed in a high quality and durable matte paint. The tank is a 1:25 scale model of the famous 1966 British Chieftain.

The jammer board used was bought in Shenzhen by Gordan Savicic. It blocks communications in the following ranges of the mobile telephony signal space, covering European, American (north and south) and Asian communications. Note that 3G data packet networking is also blocked:

NOTE: civilian use of mobile jamming telephony is illegal in most countries. The artist intends no use of this work outside the confines of a gallery setting, with audiences fully aware that proximity to it will result in them having no access to the network.

The piece has appeared in the press several times, among them:

This is a difficult piece to exhibit, as it breaks the law in almost every setting.

The author would like to thank Crystelle V. for her tireless help building the tank model from hundreds of pieces, each of which had to be painted. Her help in discussion during important visual-communication decisions was also invaluable.