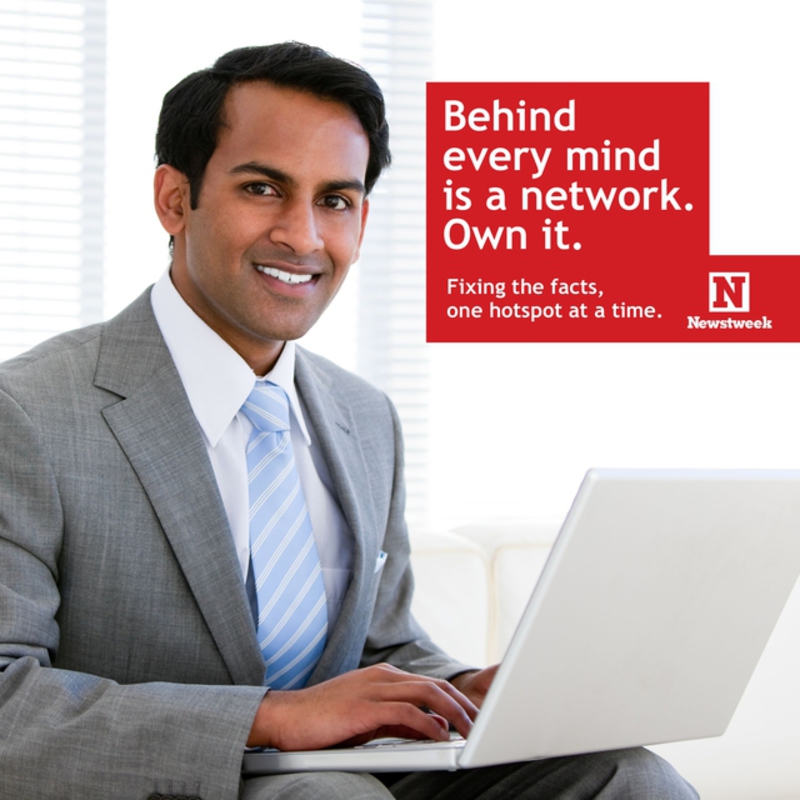 Newstweek is a device for manipulating news read by other people on wireless hotspots. Built into a small and innocuous wall plug, the Newstweek device attacks wireless networks, routeing all traffic through itself; a ‘man in the middle’ attack. Strategically boring to behold, it appears part of the local infrastructure and allows writers to remotely edit news read on wireless devices without the awareness of their users.

The project, developed in collaboration with Daniil Vasiliev, won the prestigious Golden Nica in the Interactive Art category at Ars Electronica in 2011. 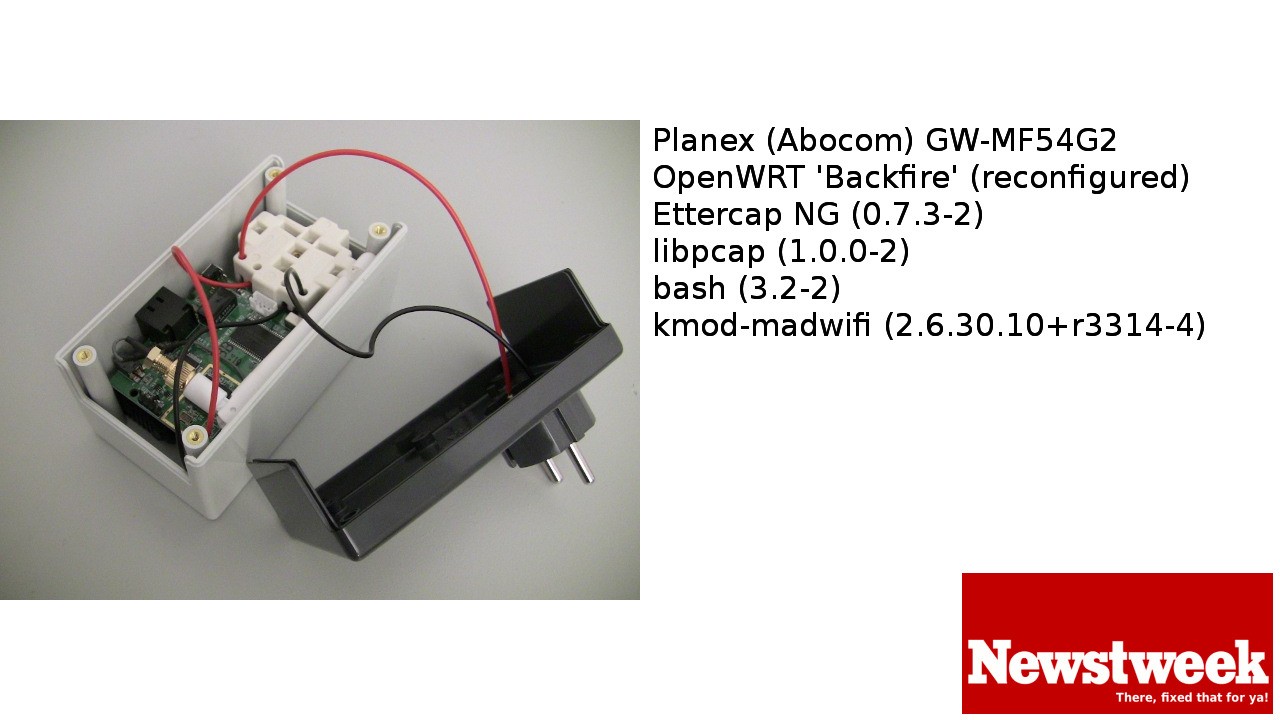 While news is increasingly read digitally, it still follows a top-down distribution model and thus often falls victim to the same political and corporate interests that have always sought to manipulate public opinion.

Newstweek intervenes upon this model, providing opportunity for citizens to have their turn to manipulate the press; generating propaganda or simply ‘fixing facts’ as they pass across a wireless network. As such, Newstweek can be seen as a tactical device for altering reality on a per-network basis.

Newstweek also signals a word of caution, that a strictly media-defined reality is a vulnerable reality; that along the course of news distribution there are many hands at work, from ISP workers, numerous server administrators and wireless access point owners.

Moreso, with the increasing ubiquity of networks and their devices comes greater ignorance as to their function, offering a growing opportunity for manipulation of opinion, from source to destination.