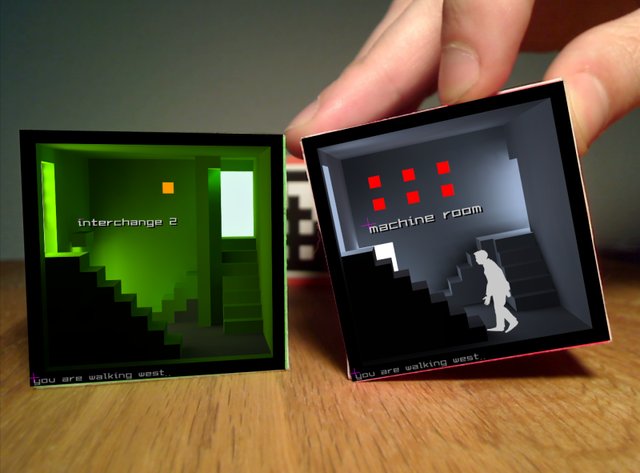 levelHead is a spatial memory game by Julian Oliver, developed at the end of 2007, beginning 2008. The game uses a hand-held solid-plastic cube as its only interface. On-screen it appears each face of the cube contains a little room, each of which are logically connected by doors.

In one of these rooms is a character. By tilting the cube the player directs this character from room to room in an effort to find the exit.

Some doors lead nowhere and will send the character back to the room they started in, a trick designed to challenge the player’s spatial memory. Which doors belong to which rooms?

There are three cubes (levels) in total, each of which are connected by a single door. Players have the goal of moving the character from room to room, cube to cube in an attempt to find the final exit door of all three cubes. If this door is found the character will appear to leave the cube, walk across the table surface and vanish.. The game then begins again. 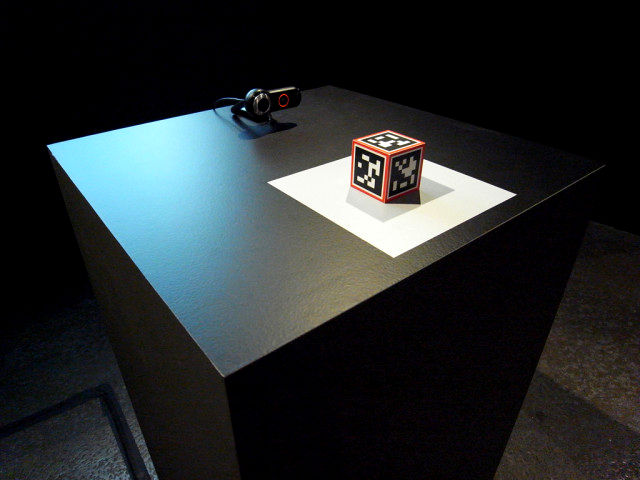 The project has received several prizes for technical invention, user interaction and artistic achievement. It has appeared in several publications, including Bloomsbury’s upcoming Fundamentals Of Interaction Design.

The project has been aquired for permanent collection at the Delft Science Museum and Technorama, Switzerland.

This video is also available on Vimeo (CO2e warning, not hosted on renewably powered infrasructure).

(Please note this list is only a short selection)