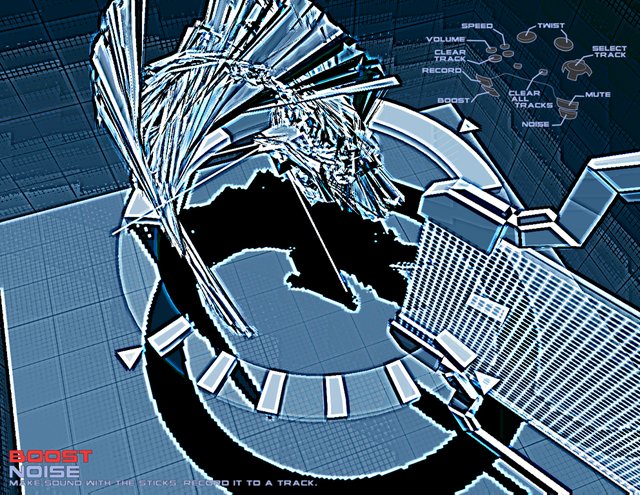 Fijuu2 is a 3D, audio/visual engine. Using a PlayStation-style gamepad, the player of Fijuu2 dynamically manipulates 3D instruments to make improvised music. It is built using the open source rendering engine OGRE and runs on Linux.

Fijuu2 began as Fijuu, developed in Zagreb Croatia in 2004. A new version, Fijuu2, was commissioned by the CyberSonica Festival for their 2006 edition, London. It was developed under the performer aliases delire and pix for Julian and Steven, respectively. 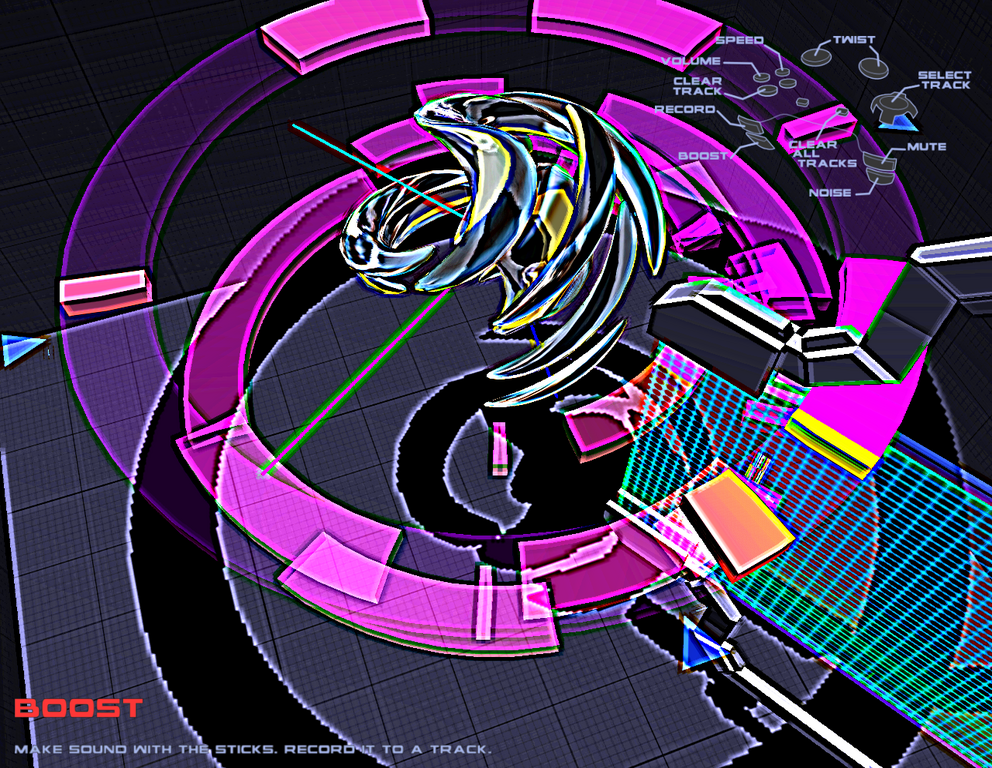 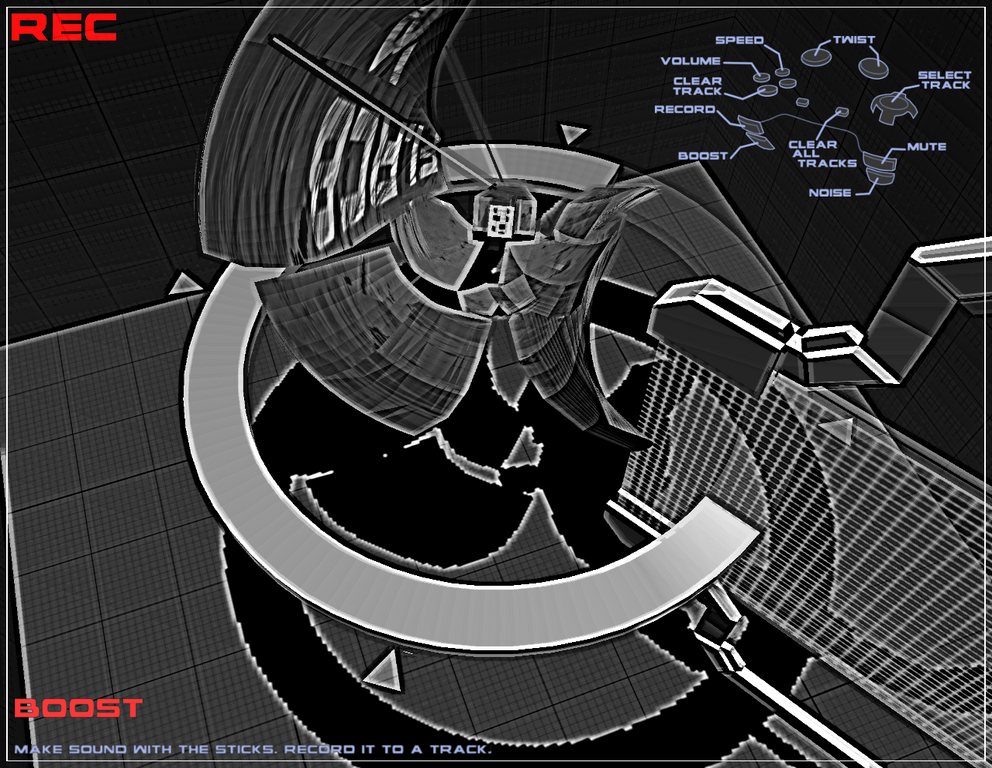 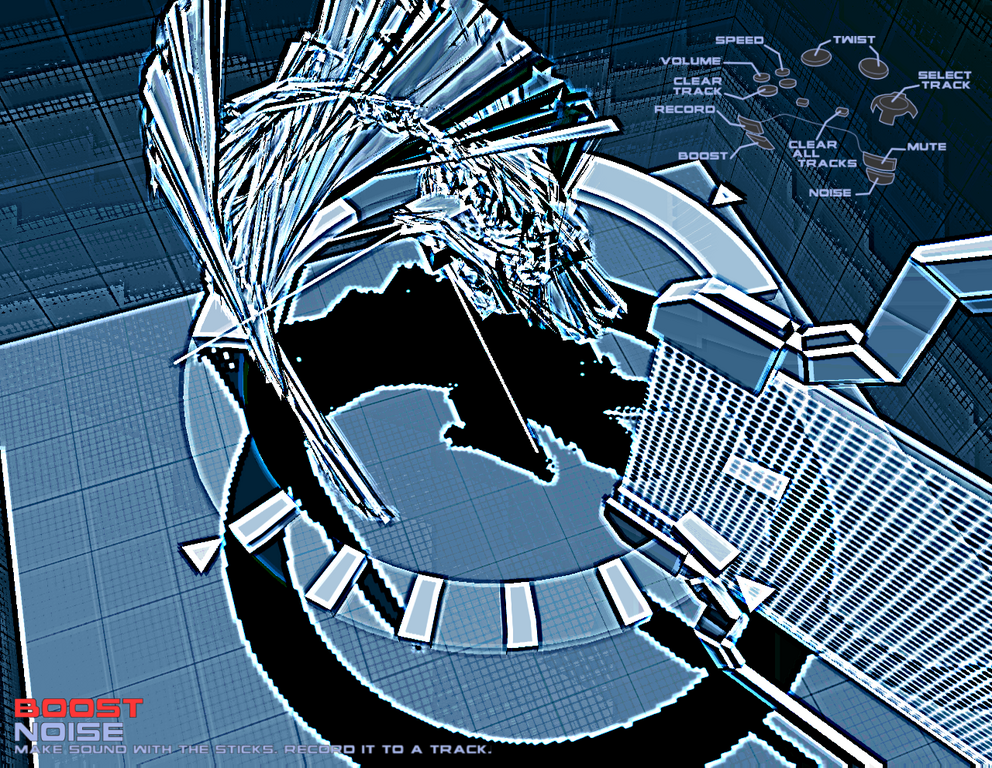 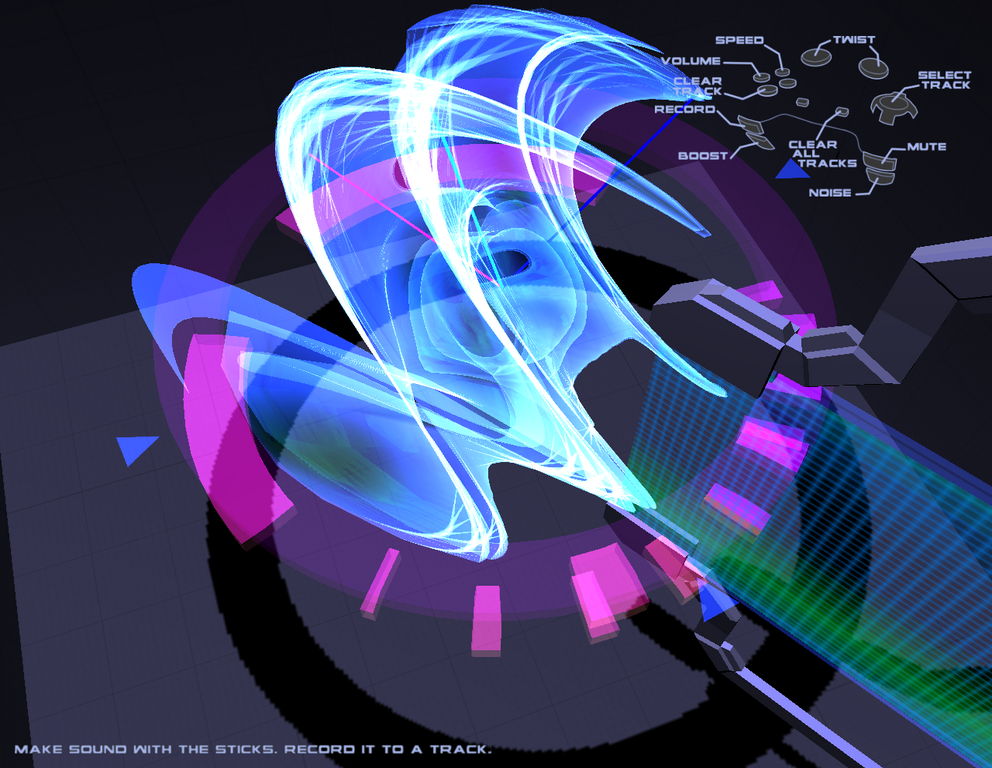 This video is also available on Vimeo (CO2e warning, not hosted on renewably powered infrastructure).

The source code and build instructions can be found on SourceForge here, released under the General Public License Version 2.