A ceremonial automaton for the Sixth Mass Extinction 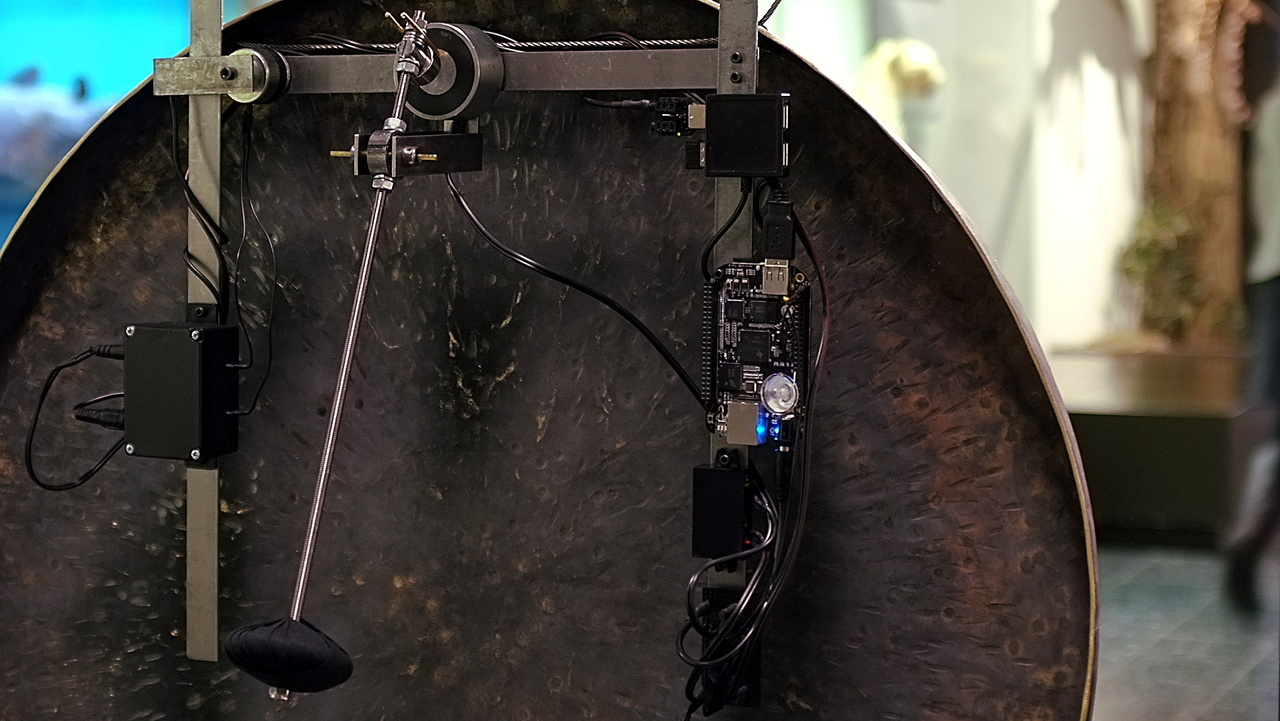 The Extinction Gong(2017) is a ceremonial automaton for the Sixth Mass Extinction, the human-induced process of planet-scale biological annihilation first formally recognised by scientists in 2014.

Taking the form of a large traditional ‘Chao Gong’ its rear-face is fitted with a mechanism that beats to the rhythm of species extinction, estimated by eminent biologist E.O. Wilson to be about 27000 losses a year, or once every 19 minutes. The significance of this figure (and those like it by other scientists) cannot be overstated: for millennia the average ‘background rate’ of (plant, animal and insect) species extinction has been between 1 and 5 a year, right back to the 5th Extinction that took the dinosaurs 65M years ago.

Should biologists declare a new species extinct while the Extinction Gong is active it will receive an update via a 3g link and perform a special ceremony: four strikes in quick succession alongside a text-to-speech utterance of the Latin Name of the species lost, resonating through the gong.