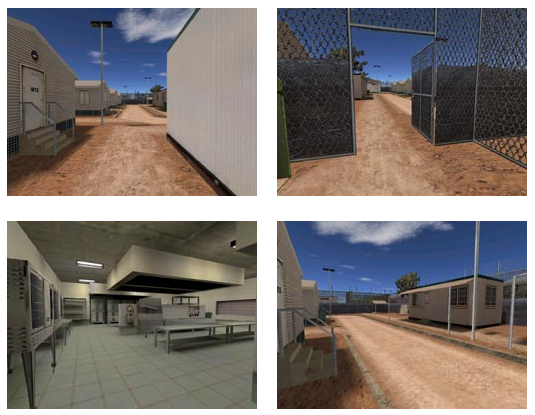 A controversial game-based project that sought to draw first-person awareness to the inhumane treatment of ‘illegal immigrants’ in Australian detention centers. Some consider this project to be the first ‘documentary game, having appeared in the BBC, NYTimes, The Age, Liberation and Neural Magazine.

Escape From Woomera is often cited as the world’s first documentary video game.

Please see this archived project site, with information as to the team members, design strategy, history, conceptual and political background.

While I am hosting this archived site, it was made as a team effort of which I was a part. It is not in any respect my sole project.

Escape From Woomera is archived for preservation by PANDORA the National Library of Australia’s web archive.