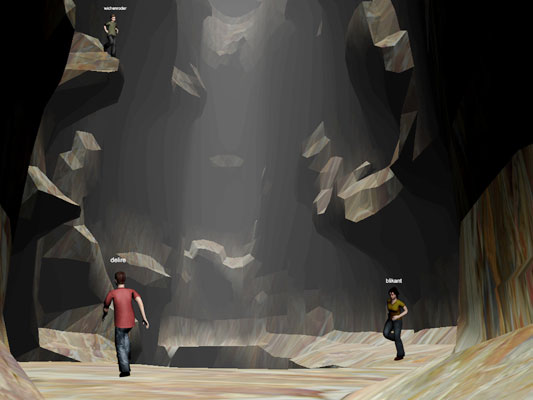 Acmipark was a multiplayer virtual environment that contained a replication of the real world architecture of the Australian Centre for the Moving Image, Melbourne Australia. It was a large project developed by a core team comprising Julian Oliver, Chad Chatterton and Andrea Blundell with support from others.

Acmipark extended the real world architecture of Melbourne’s Federation Square into a fantastic abstraction. Subterranean virtual caves hang below the surface, and a natural landscape replaces the Central Business District in which ACMI actually resides.

It was inspired by the capacity of massive multiplayer online games such as Anarchy Online to create both a sense of place and a sense of community. Some consider it the first multiplayer, site-specific games-based intervention into public space using a custom-developed 3D computer game engine. 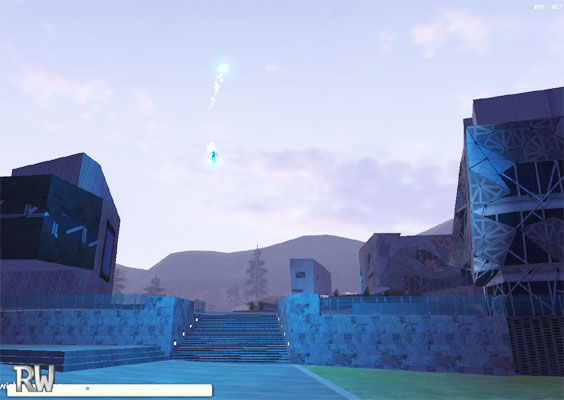 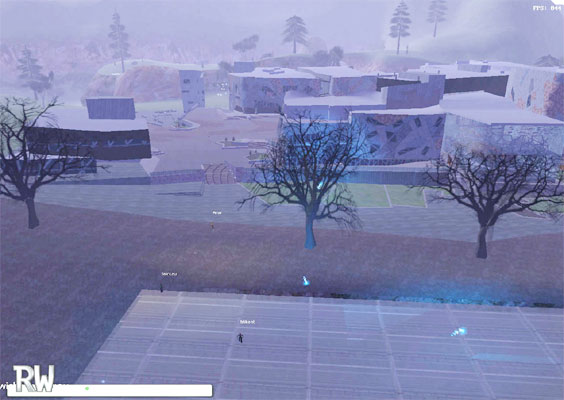 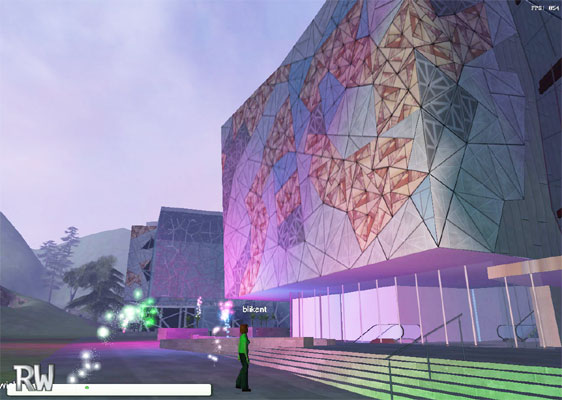 Rather than using existing game engines, new software was written. While the project would not have been built without sponsorship, the software engine RenderWare that comprised some of that agreement was closed-source, resulting in a project that can not be adapted to contemporary operating systems. For this reason there is currently no playable version of this project (a lesson hard learned).

The official acmipark project page, hosted at the Australian Center for the Moving Image, is here.